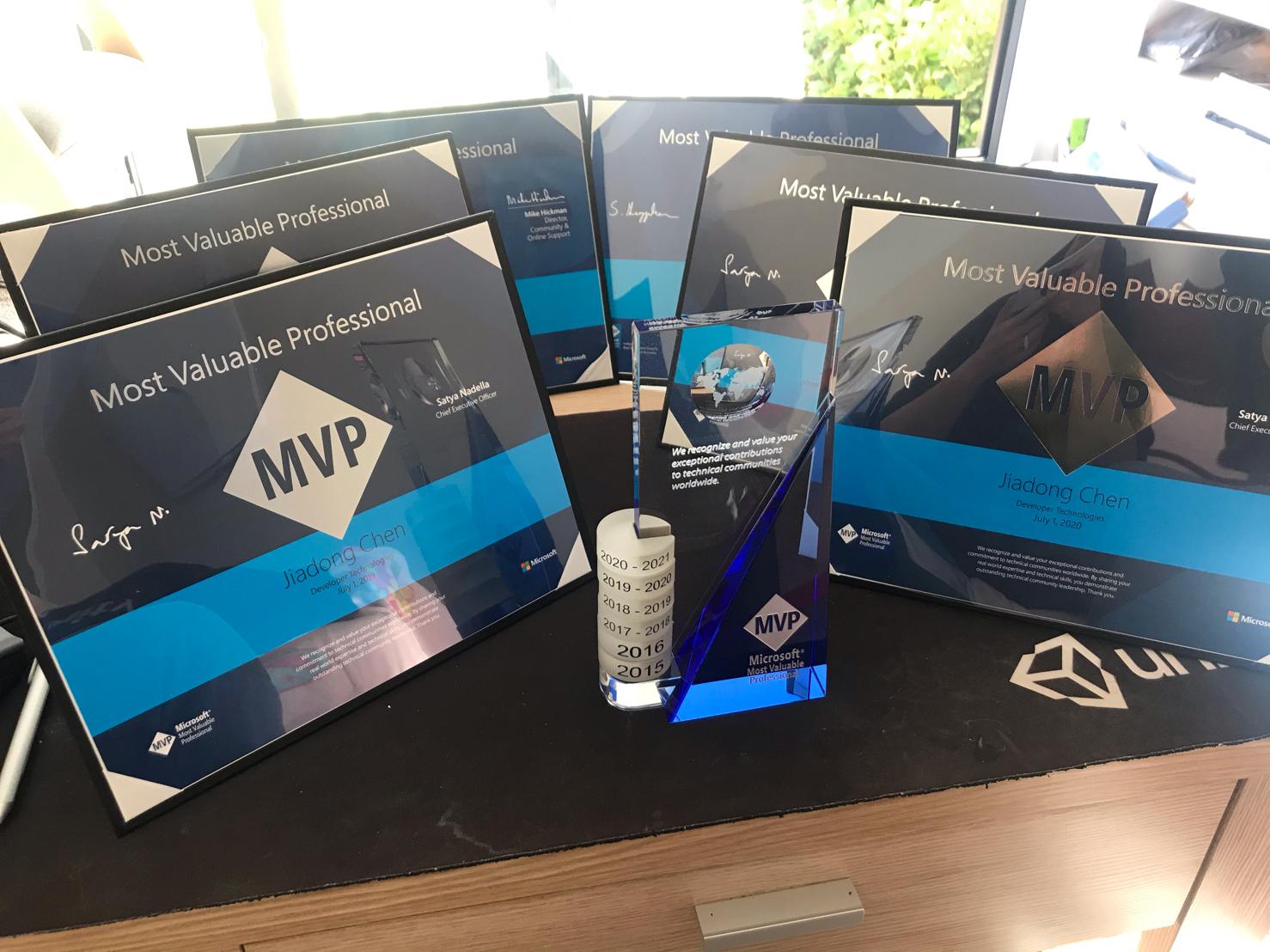 One month after receiving my fifth Microsoft MVP award kit, I received the “five-years” disk today from Microsoft for the first time.😀 #mvpbuzz

It’s a good day(Jul, 21) and I received the gift from Microsoft YEAH!

But I think they didn’t send me the “five years award“ disk🙁(will be sent in August separately).

However, I found Anders Hejlsberg’s signature when sorting out the previous award kits (I couldn’t find it after moving) YEAH!

When I opened my outlook mailbox this morning, I was very happy to find an email from Microsoft, just like I received such an email on this day in the past few years(maybe three years?). Yes, I renewed my Microsoft Most Valuable Professional Award and this is the 5th time I have been awarded this award since 2015.

In 2017, Microsoft revised the awarding system, therefore, every July 1st is the time when the existing Microsoft Most Valuable Professional knows whether he/she has successfully renewed, and this is the role of the e-mail sent by Microsoft.

The impact of Microsoft’s modification of the award time on me was that the MVP in October was automatically extended to the next July 1(2016 — 2017? cannot remember), but it was not be considered as a new award. Therefore, before being awarded this award this year, I had 5 certificates (because my time as MVP covered the past 5 years) but was only admitted 4 times.

As you can see above, the text format for 2015 and 2016 is different from others and this is what I received after the success of renewing in July last year. I have not received them this year. But I am very happy to be awarded this time and finally will receive the additional gift given after the 5th award.

Okay, I’ve talked a lot about myself. Next, let me share some tips on how to join the Microsoft MVP Program. #mvpbuzz !

Tip 1: Know What is the MVP Award and Who are MVPs.

For more than two decades, the Microsoft MVP Award(Most Valuable Professional) is our way of saying “Thanks!” to outstanding community leaders. The contributions MVPs make to the community, ranging from speaking engagements to social media posts, to writing books, to helping others in online communities, have an incredible impact.

For more detail information you can check the following link:

Please ask a Microsoft Full Time Employee(FTE) or current active Microsoft MVP to submit a recommendation for award consideration through:

Tip 4: Fill Out Your Community Contributions in Past 12 Months

The following contributions can help you to be an MVP.

MVP candidate review is held once a month in worldwide, and personal documents can be retained in the system for 90 days. During this period, you can always contact the CPM in your region to add or modify your contributions for final submission.

The final winners will be announced at the beginning of each month. New MVP will receive a congratulatory email and a selection package.

I hope these tips are helpful. Welcome to join us! #mvpbuzz.